Scarcely had I processed the shock news that we had lost dear Paul James than a second whammy came out of the blue.

Another old friend and Brother Water Rat, the legendary and larger than life character of the brilliant Kenny left us following a long illness.

Here was an iconic pro of the old school who literally oozed showbiz from every pore, the son of comedian/producer Terry "Toby Jug" Cantor and the 5th. generation of a long line of performers.

Kenny first appeared in a circus ring at the age of 4, but by his teens he had morphed into an accomplished acrobat, juggler and clown. He toured in the dying embers of the British variety circuit before taking his talents across the world, appearing with great success in Australia and South Africa; even hosting the New Zealand version of T.V.’s Play Your Cards Right. Then there were pantos, summer seasons, cruises and Royal shows before he settled down to oversee the entertainments at Kessingland Holiday Centre. Since 1981, he was also running theatre schools with his wife, dancer Caron.

I first met Kenny in 1972 when I was a humble Butlins redcoat and he was commanding the stage of the Gaiety Theatre in Barry Island. Well do I recall my admiration for his grace, charm and slick talent on the boards… plus our dads were close friends. Years later I was to join him in the ranks of the Grand Order of Water Rats, the showbiz charity brotherhood of which he was a member for a staggering 55 years. We had so many laughs together, not least of all in two memorable trips to Las Vegas we shared, as well as a more recent visit to Charlie Chaplin’s old home in Vevey, Switzerland.

Kenny was a loveable, warm soul who always made an impression wherever he went, lighting up any occasion with his broad smile and those huge red trademark spectacles. He had done the lot, worked with everyone, and had an endless stream of great stories which he related in his inimitable style.

One of the last of his era, and one of the very best. 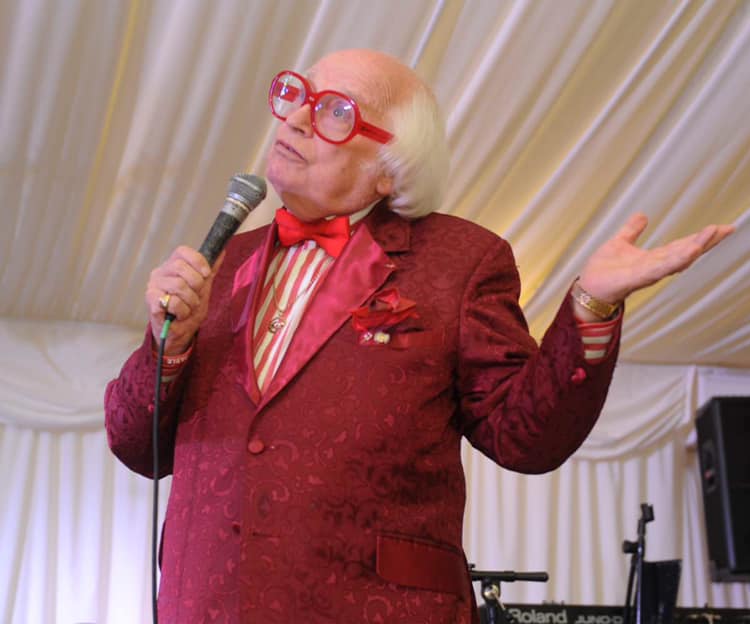